Are you thinking of creating an account with Unibet Australia, but you want to get more info about the bookmaker before making the final decision. Well, you are in the right place, because we will provide you with an in-depth review and all the insights you need.

Sports betting is the main focus of Unibet Australia, and this is evident as soon as you log in to their website. You will immediately be impressed with an excellent and extensive offer of both local and domestic sports that you can place your bets on. According to a recent survey, the bookmaker averaged 125 markets per fixture, which blows away the majority of the competition.

On Unibet Australia, you'll not only find the prominent leagues from all major sports but also those that have a lower profile and exposure. These less prominent matches and events will mostly include betting just on the basic stuff like corners or the final outcome, but it is still more than the competition offers.

Another highlight of their sports betting offer is focused on Australian sports. You'll find that Unibet Australia covers not only the top divisions but also lower-tier competitions as well. For example, besides the A-League in football, they also allow betting on New South Wales Premier League, SA Premier League, and Western Premier League.

If you are not a fan of mainstream sports, don't worry. Unibet Australia also covers less prominent sports including chess, netball and pool betting.

The main competition included on the bookmaker include:

The odds on Unibet Australia are generally the same as all other prominent bookmakers on the market. However, for certain competitions like Australian A-League, they will often be generous and proved up to five percent better odds than you would usually find elsewhere. Also, they will usually offer bettors several high-profile matches and events with boosted odds that are often too good to pass on. With that being said, don't expect the odds to be great on less popular sports and the risk will often be bigger than the reward.

Just like the majority of bookmakers, Unibet Australia also has set a number of limits for its users. The deposit minimum is set at AUD$10 while the maximum is AUD $2,000 in a single transaction. Also, the users can set their own deposit limit during the registration process. The withdrawal minimum is also set at AUD$10.  The bookmaker also has set limits on betting. The minimum amount you can bet is AUD $1 online and AUD$10 over the phone, while the maximum payout on a single betting slip is set at AUD$200,000. There can be limits set on specific sports that range from AUD$15,000 to AUD$300,000. 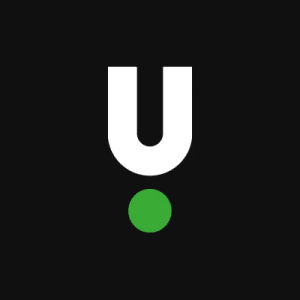 Unibet Australia prides itself as one of the first bookmakers to offer live streaming in the country, and over the years it became one of the most prominent features on their website. In order to watch sports events live on their website, you need to have a verified account and positive balance or a bet posted in the previous 24 hours.

Accessing the live streaming is simple and easy, as you only need to click on the Unibet TV icon next to an event you want to watch. The streaming is available on the bookmakers' desktop website and mobile app in full screen, but you can't access it through the mobile site.

Unibet Australia streams over 30,000 sporting events every year for their members including the games from prominent football leagues like La Liga, Serie A, Eredivisie, English Championship, tennis competitions like Grand Slam and ATP/ WTA tournaments, as well as NBA and NHL matches.

Unibet Australia is recognizable for its highly-rated mobile app that has been one of the best on the market for a number of years. The app is available for both iPhone and iPad users as well as Android smartphones. iPhone and iPad versions are available on the official App Store while Android version has to be downloaded from www.unibet.com/apps/betting due to Google Play restrictions.

The app itself is well designed and surprisingly user-friendly, unlike some of its competitors' products. It has two main menus, one for betting and other to profile access, which makes the navigation easy and allows you to quickly access the sports events you are looking for. There aren't many details on the screen that can distract you and its bright colors are easy on the eyes.  As we previously mentioned, you will not only enjoy the Unibet Australia app because of the betting experience but also because it will give you access to bookmaker's live streaming feature. All the events available on the desktop sites can be watched on the app as well.

The only knock we found on the app is that it can be slow at times. This is especially when you are trying to access certain sections like Featured Betting.

Unibet Australia has a reputation of one of the best bookmakers in the country, and that holds up according to our in-depth review. The extensive selection of sports and events, live streaming features, great looking site, and excellent mobile apps make them stand out among the competition and provide an excellent betting experience.  The success, however, didn't make them lazy as they continuously expand their offer and features available to their members. This includes the inclusion of betting in eSports, which is becoming increasingly popular worldwide, as well as introducing the in-play and live betting.

The knock on the bookmaker might be that their odds aren't spectacular, and can be disappointing on certain low-profile events. Also, they have numerous restrictions and limitations, which can put off professional bettors.

With all of that being said, Unibet Australia definitely gets our recommendation and is one of the best options you can choose if you live in Australia.